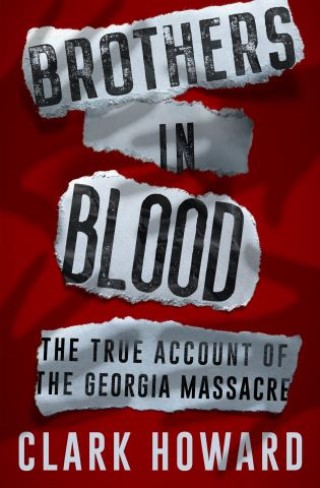 In 1973, six members of the Alday family were brutally murdered in their home in Donalsonville, Georgia, by fugitives who escaped from a Maryland prison and broke in to the Alday’s house. Two of the escapees were brothers, and they picked up another one of their siblings, only fifteen years old, along the way. The governor at the time—future president Jimmy Carter—called it “the most heinous crime in Georgia.”

This true account looks at the entire story: not only the unspeakable massacre and its aftermath, but the horrifying backstories and motives of the various perpetrators—one of whom would finally be executed thirty years later.

Clark Howard:
Clark Howard (1932-2016) Born in Ripley, Tennessee, Howard was one of the most honored mystery writers in America and was a longtime favorite of readers of Ellery Queen Mystery Magazine, Alfred Hitchcock Mystery Magazine, and numerous other publications. A professional writer for over 40 years, he wrote sixteen novels, six books of non-fiction, and published two collections of short stories, in addition to more than 200 uncollected short stories. Howard was honored with the Edgar Allan Poe award for best short story of 1981 from the Mystery Writers of America. In 2009, Howard won the Edward D. Hoch Memorial Golden Derringer Award for Lifetime Achievement from the Short Fiction Mystery Society.​