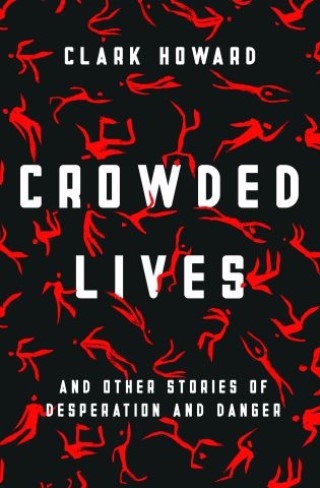 And Other Stories of Desperation and Danger

Gritty, suspenseful short fiction about criminals and other characters on the edge from an Edgar Award–winning author.

“Not all Howard’s heroes are ex-cons, but they might as well be. They’ve all been around the block, made more than their share of mistakes, and taken their lumps, usually without complaint. A hit man who refuses a commission goes into hiding, afraid that everybody who looks twice at him may be carrying a bullet with his name on it. A Vietnam veteran plots revenge on the commanding officer who sent his troops into a cloud of Agent Orange; a ward of hospitalized WWII soldiers schemes to find the whereabouts of the lost love of one of their mates before he dies. A has-been boxer trains for a big bout without realizing he’s been set up; a New Orleans clarinet player skips around town one step ahead of a creditor’s enforcers long enough to audition for the Jazz Hall of Fame. . . . In every case, there’s no mystery about who’s guilty . . . but only about whether Howard’s protagonists will succeed in their fatal plots, get rescued from their own worst nature, or, in the trickiest of these nine stories, succeed but fail anyway.” —Kirkus Reviews

Clark Howard:
Clark Howard (1932-2016) Born in Ripley, Tennessee, Howard was one of the most honored mystery writers in America and was a longtime favorite of readers of Ellery Queen Mystery Magazine, Alfred Hitchcock Mystery Magazine, and numerous other publications. A professional writer for over 40 years, he wrote sixteen novels, six books of non-fiction, and published two collections of short stories, in addition to more than 200 uncollected short stories. Howard was honored with the Edgar Allan Poe award for best short story of 1981 from the Mystery Writers of America. In 2009, Howard won the Edward D. Hoch Memorial Golden Derringer Award for Lifetime Achievement from the Short Fiction Mystery Society.​