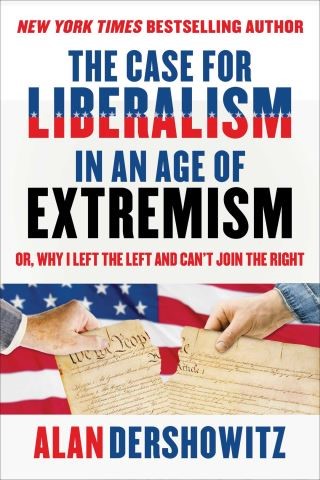 The Case for Liberalism in an Age of Extremism

or, Why I Left the Left But Can't Join the Right

In The Case for Liberalism in an Age of Extremism, Alan Dershowitz—New York Times bestselling author and one of America’s most respected legal scholars—makes a classical liberal argument for centrist government in the US, as the Founding Fathers and the Constitution intended.

Alan Dershowitz has been called “one of the most prominent and consistent defenders of civil liberties in America” by Politico and “the nation’s most peripatetic civil liberties lawyer and one of its most distinguished defenders of individual rights” by Newsweek. Yet he has come under intense criticism for his consistent classical liberalism in the face of a rapidly polarizing political landscape and for his steadfast support of centrist governance over either “progressive” or reactionary radicalism.

The Case for Liberalism in an Age of Extremism is a defense of liberalism and its renewed relevance today. It makes the case for classic liberal values and programs over radical-left and reactionary right-wing agendas, and for centrism over extremism in general, showing why the United States has thrived throughout history because of its enduringly centrist base. It seeks to restore contemporary liberalism to its important place in the American political landscape, and attempts to persuade centrists from both the left and right—who may today call themselves progressives or moderate conservatives—that they, too, belong in the big tent of centrist liberalism.

As a professor for half a century, Dershowitz never told students what values to accept or which candidates to support, but helped guide them to conclusions based on their own sets of values. He does the same in this book. A guide for all readers, rather than a piece of political advocacy for one party or another, The Case for Liberalism in an Age of Extremism is Alan Dershowitz’s argument for classical liberal values and their role in forming just societies and protecting against the dangers of extremism, just as they must today. It is essential reading for anyone interested in or concerned about political polarization on both the far-right and -left, and for everyone seeking a middle path between the extremes.

Alan Dershowitz: Alan Dershowitz is one of the most celebrated lawyers in the world. He was the youngest full professor in Harvard Law School history, where he is now the Felix Frankfurter Professor of Law, Emeritus. The author of numerous bestselling books, from Chutzpah to Guilt by Accusation to The Case Against Impeaching Trump to The Best Defense to Reversal of Fortune (which was made into an Academy Award–winning film) to Defending Israel, Dershowitz has advised presidents and prime ministers and has represented many prominent men and women, half of them pro bono.