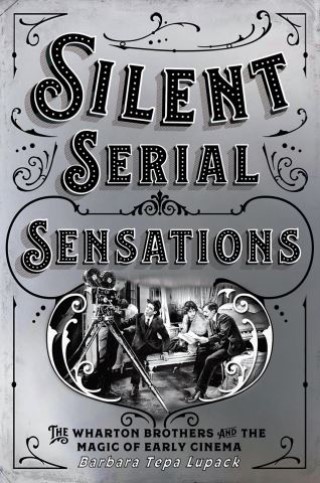 The Wharton Brothers and the Magic of Early Cinema

The first book-length study of pioneering and prolific filmmakers Ted and Leo Wharton, Silent Serial Sensations offers a fascinating account of the dynamic early film industry. As Barbara Tepa Lupack demonstrates, the Wharton brothers were behind some of the most profitable and influential productions of the era, including The Exploits of Elaine and The Mysteries of Myra, which starred such popular performers as Pearl White, Irene Castle, Francis X. Bushman, and Lionel Barrymore. Working from the independent film studio they established in Ithaca, New York, Ted and Leo turned their adopted town into "Hollywood on Cayuga." By interweaving contemporary events and incorporating technological and scientific innovations, the Whartons expanded the possibilities of the popular serial motion picture and defined many of its conventions. A number of the sensational techniques and character types they introduced are still being employed by directors and producers a century later.